Many celebrities try to hide their beauty secrets, never wanting you to know the extreme

lengths they go to just to stay young and vibrant.  There are a few however that will tell you straight up, “I had this surgery,” or “That procedure.”  Those who have had Bariatric (weight loss) Surgery are among the ones who are on the tell-all list.  Easy to understand really; how else would you explain losing 100lbs in 8 months?  “I had a tapeworm!”

Who’s had it done?

Sharon had surgery in 1999 and lost 125lbs, but later had the lap band removed as she gained back 65lbs and determined that the surgery wasn’t going to be the answer to her weight issues.

*Many people who have these surgeries, later have them reversed as the weight loss, although drastic, isn’t permanent.

In 2003 Jackson underwent Gastric Bypass Surgery and lost 114lbs.  He later said that his post-surgery life was one of the most difficult things he’s ever done.  Before you decide on Weight Loss surgery you should realize that Jackson’s analysis is not uncommon.  It’s not a get thin quick solution.

Barr lost over 80lbs after having Bariatric Surgery in 1998.  She also underwent other cosmetic surgeries and procedures, which have made her one of the most different looking celebrities to ever undergo such a transformation.

Lampanelli thought so much of losing 52lbs in just 10 weeks following her Weight Loss Surgery in 2012, that she talked her husband into the same procedure.  Although difficult, life after these surgeries are easier when you have a partner to go through it with you.

Of Interview with a Vampire fame, author Anne Rice had the Gastric Bypass Surgery in 2003 and lost 103lbs.  The joy was short lived however, as she suffered an intestinal blockage and nearly died a year later.  There are risks associated with these complex, invasive procedures.  Do your homework and know what you could be getting into!

Wilson is among the more famous celebrities to undergo a Gastric Bypass, as she broadcast her surgery via the internet in 1999.  As a result of her surgery she lost 150lbs and went from a size 28 to a size 6.

The awesome lead singer from the rock band Heart underwent Weight Loss Surgery in 2003 to stem her panic attacks from being ridiculed by the asinine media that hounded her.  It’s terrible when such a talented and decent human is reduced to such an act.  Shame on you reporters and paparazzi!

The famous lead singer and harmonic virtuoso for Blues Traveler lost over 200lbs in 1999 after having Gastric Bypass Surgery due to a severe heart attack.  He fell into the constant overeater category for many folks who consider these surgeries.

Ralphie May could be the ultimate example of celebrity Bariatric Surgeries.  Having lost over 400lbs of his 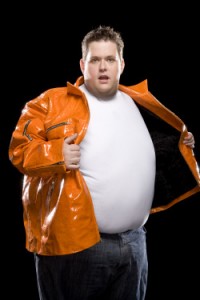 starting 800lbs, he may be the uber-weight loss surgery commercial.

Should I Do It?

It’s important to realize that Weight Loss Surgery can be:

Make sure you have done your homework and talk to several people who have gone through the procedure you want.  There are numerous forums where you can have your questions answered.  Whatever you decide, good luck and God Bless!

What is Gastric Bypass Surgery?

Should I Have Weight Loss Surgery?

Is there a Gastric Bypass Diet?