HomeIs a Colitis Diet the Same as a Crohn’s Disease Di ...

Have you been diagnosed with Colitis or Crohn’s Disease?  You’ve heard the two are similar, and you’re wondering

what the difference is?  Do you eat the same foods and take the same medicines for each?  The answer to those questions are what we’re gonna talk about in this article.  So if you want to know if there’s difference between the Crohn’s and Colitis Diet, read on.

Colitis Diet:  What is the Difference Between Colitis and Crohn’s?

Both Colitis and Crohn’s Disease are Inflammatory Bowel Diseases (IBD).  They present with many similarities, but are distinctly different in their internal symptoms and major treatments (surgery.)  The distinction between the diagnoses is only determinable by a physician armed with the appropriate test results.

The results of these tests will prove invaluable in determining the best Crohn’s or Colitis Diet therapy.

Colitis Diet: The Difference, Inside and Out

Colitis and Crohn’s are both IBD conditions, but the location is paramount in determining diagnosis.   Colitis is only present in the:

Crohn’s Disease can be located:

The difference also shows itself in the most obvious side effect of an illness, pain.

As with any condition, symptoms can vary; those listed above are just the most commonly reported.  It is however these symptoms that will dictate which is needed, a Crohn’s or Colitis Diet.

One of the ways a doctor might be able to tell which condition a patient has, is to examine stool samples from each patient.

Your physician may ask you to perform a Hemocult Test which is designed to test for blood in stool.  This will help decide if you need a Crohn’s or Colitis Diet.

Each illness has a distinctive pattern and appearance when viewed through an Endoscope (colon- or gastroscopy.)

You can see the importance of getting an actual look at the infected area, and thus the need for the Scopes.  The colonoscopy and gastroscopy are major diagnostic tools, and will likely be the determining factor as to which is needed, a Crohn’s or Colitis Diet.

So far in this article we’ve talked about the differences between the two diseases.  It is in the treatment that we can talk about similarities, because with the exception of surgical options, the two are treated the same.  So, with medication and Crohn’s or Colitis Diet, management of the two conditions are very similar.

There is no true cure (short of removal) for either Colitis or Crohn’s Disease.  The first and most often used method of prevention is medications.  Both are treated with:

Both a Crohn’s and Colitis Diet are similar.  What do they entail?  Basically anything you want.  Now anyone who suffers from either condition will tell you that certain foods will set off the symptoms.  There are certain foods that seem to be more likely to hurt than help:

All the above should be eaten with caution until you know how it will affect you.  The best thing to do is to keep a food diary for an extended period of time to see patterns, and determine which foods you can have in your Colitis Diet, and which you should avoid.

Here is where treatment of Crohn’s and Colitis differ greatly.

Is a Colitis Diet the Same as a Crohn’s Disease Diet?

As you can see there are similarities and differences between a Crohn’s and Colitis Diet.  They both can be horrific if left untreated.  Therein lies the key; you must seek treatment if you start noticing symptoms.  If your life is in upheaval due to gastric issues and you don’t address it, Crohn‘s or Colitis Diet will not matter.

Place an “a” by each Colitis trait, and a “b” by each Crohn’s Disease trait.

Ada Nowak is a former sufferer of Inflammatory Bowel Disease.  She is also a noted health consultant with years of experience.  With The Crohn’s & Ulcerative Colitis Bible & Isaac Protocol she has discovered a way to eliminate the embarrassment and pain, both physical and mental, that accompanies Crohn’s Disease.  Are you tired of: 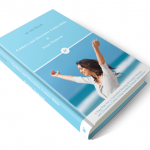 If you are tired of these symptoms, along with many others, then it’s time to do something about it.  Nowak’s book is that something.  Nowak employs a method known as The Isaac Protocol.  The Protocol is a 5 step method that rids your body of harmful substances and replaces them with preventative measures.

Based on the breakthrough holistic methods of Dr. Alfred Pischinger, this Protocol will change your life. No longer will you:

These alone are a worth over $100, but with the addition of over $150 of Super Bonus material, The Crohn’s & Ulcerative Colitis Bible & Isaac Protocol becomes a value you can’t pass up no matter what the price.  Well, for just $37, you get all this, plus a 60 day, 100% Money Back Guarantee.  So don’t wait, it’s time to feel better, and with Nowak’s revolutionary process, that time is a key stroke away.

What are Chrons Disease Symptoms?

Does a Crohns Diet Work?

What is a Good Crohn’s Disease Diet?